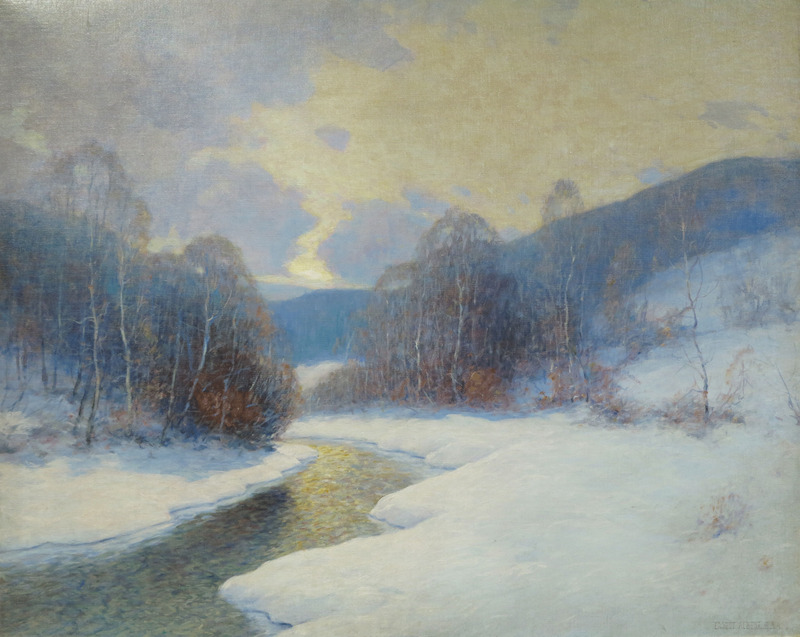 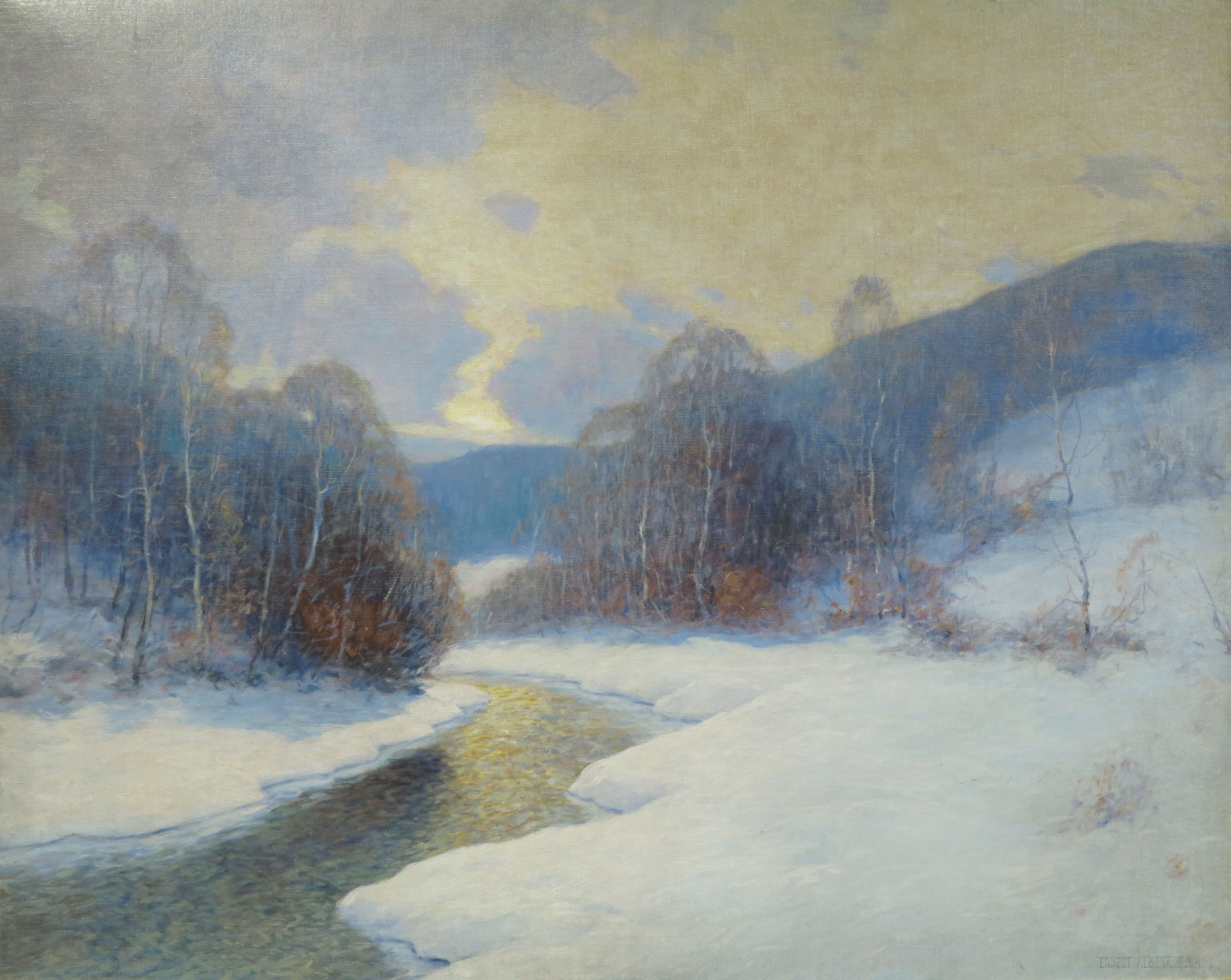 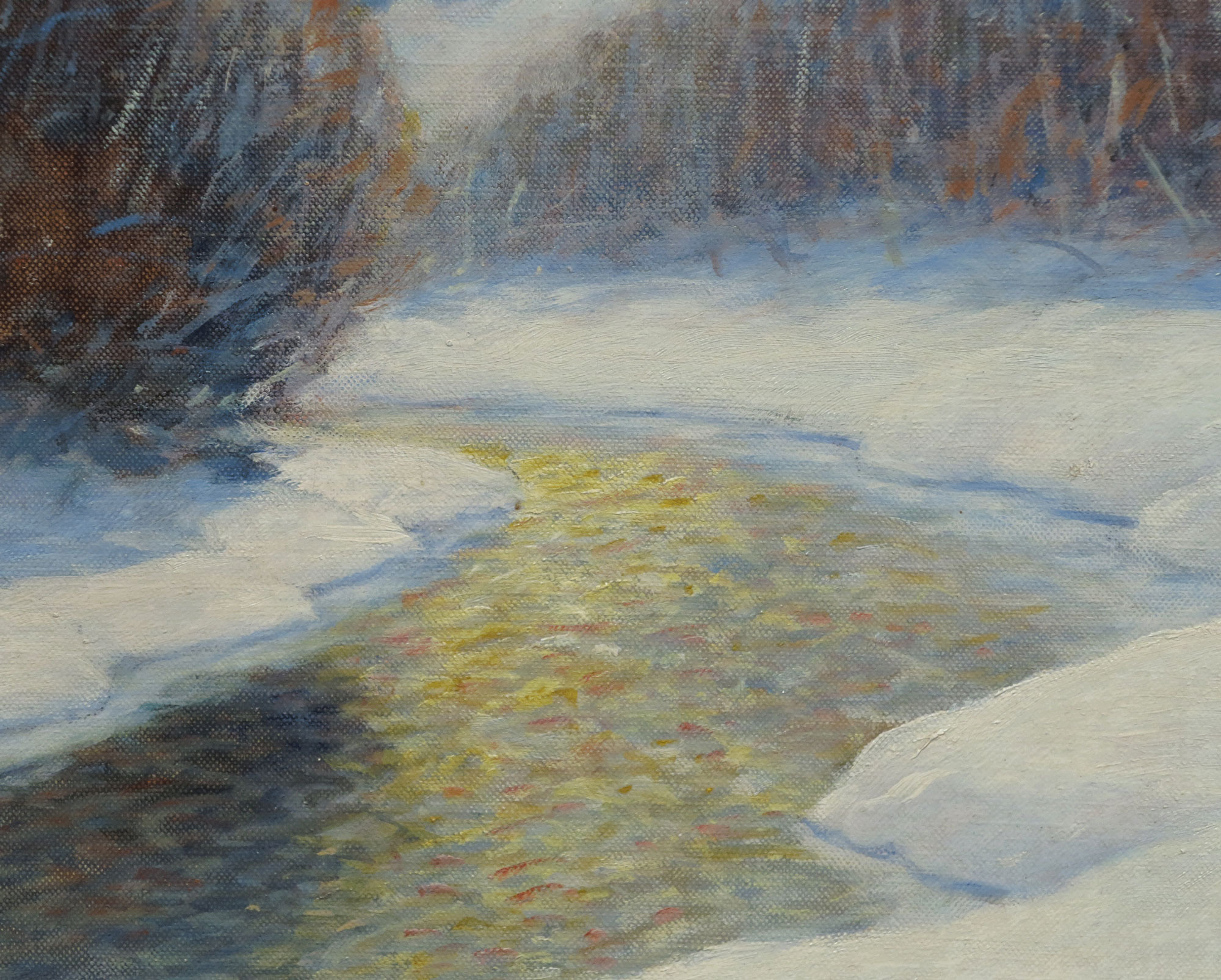 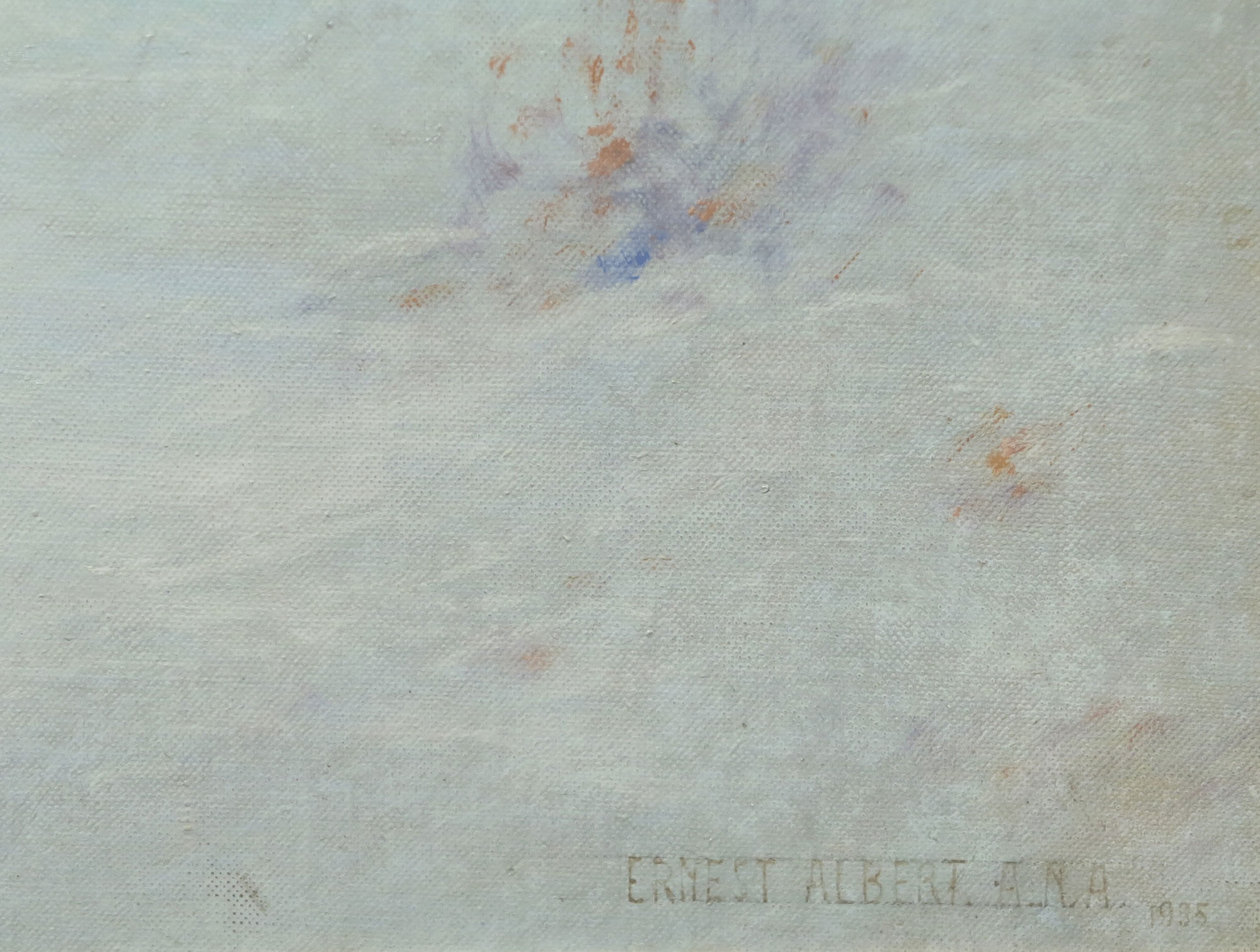 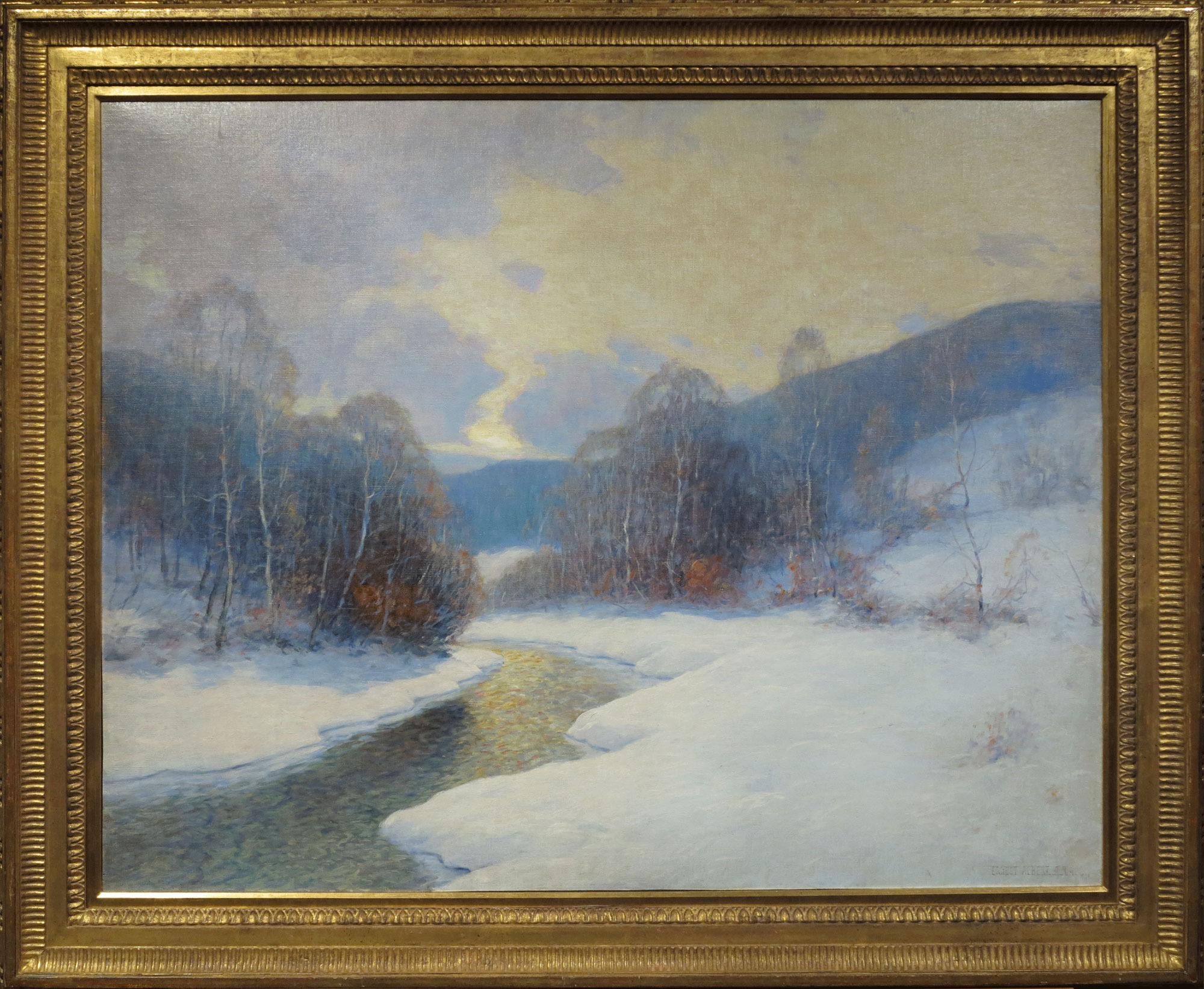 Ernest Albert's background in theater set design aided in his success as a landscape painter. Winding Winter Stream is a beautiful composition, the subtle colors of the sky fading into the distant mountains and reflecting in the stream. The softness of the scene conveys the tranquility of a quiet winter morning.

In 1894, Albert and his family settled in New Rochelle, New York, where he built a stately family home called Grayeyres. Around this time, Albert gave up set design in favor of landscape painting and began working in Old Lyme, Connecticut, with other landscape artists who comprised the tight-knit artists’ colony. During the summers he painted on scenic Monhegan Island in Maine, another prime artists’ destination.

In 1914, Albert was elected President of the Allied Artists of America. He became an Associate of the National Academy of Design in 1922 and was an active member of the Lyme Art Association, the Connecticut Academy of Fine Arts, the Salmagundi Club and the National Arts Club in New York. His work has been featured in many venues including two solo exhibitions at Vose Galleries in 1981 and 1987.

Estate of the artist