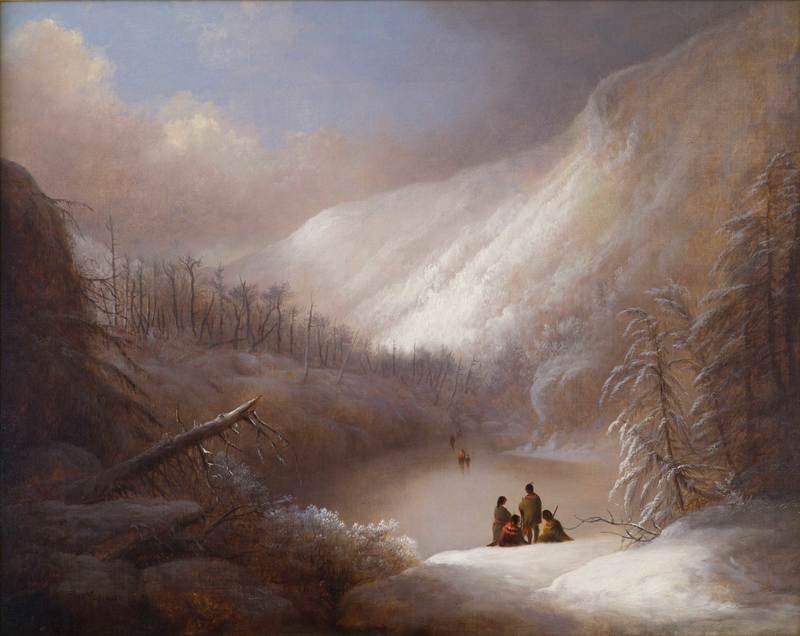 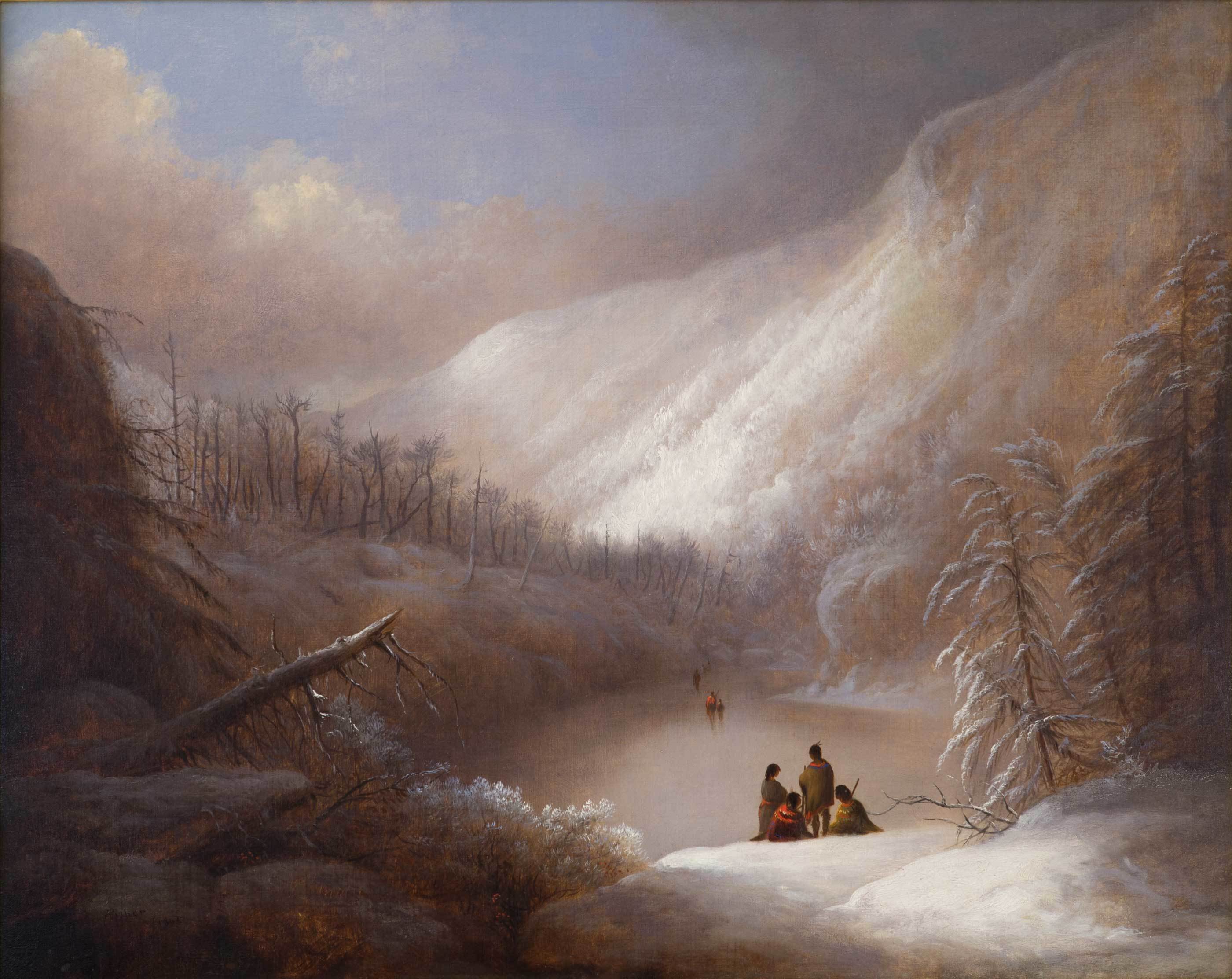 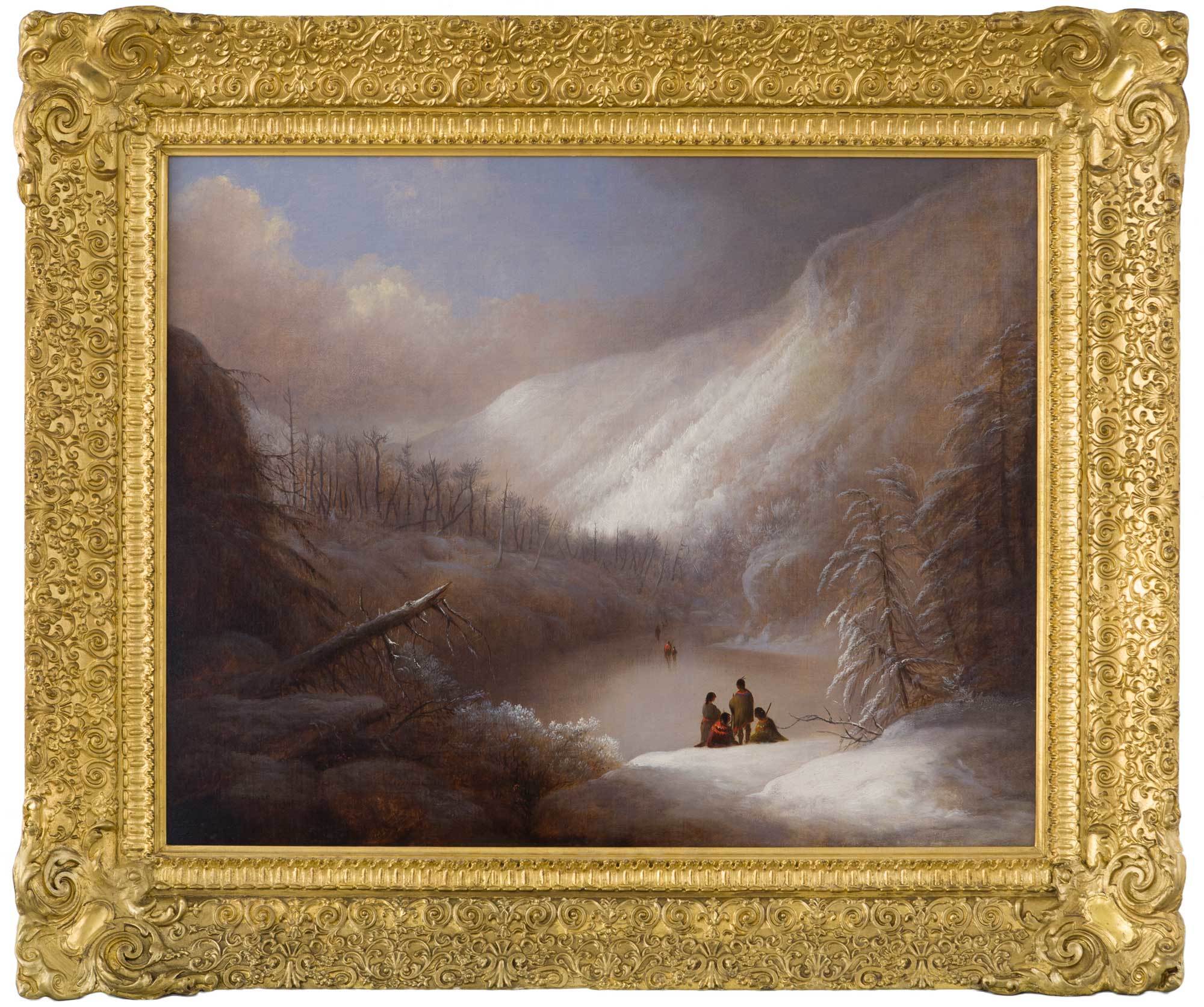 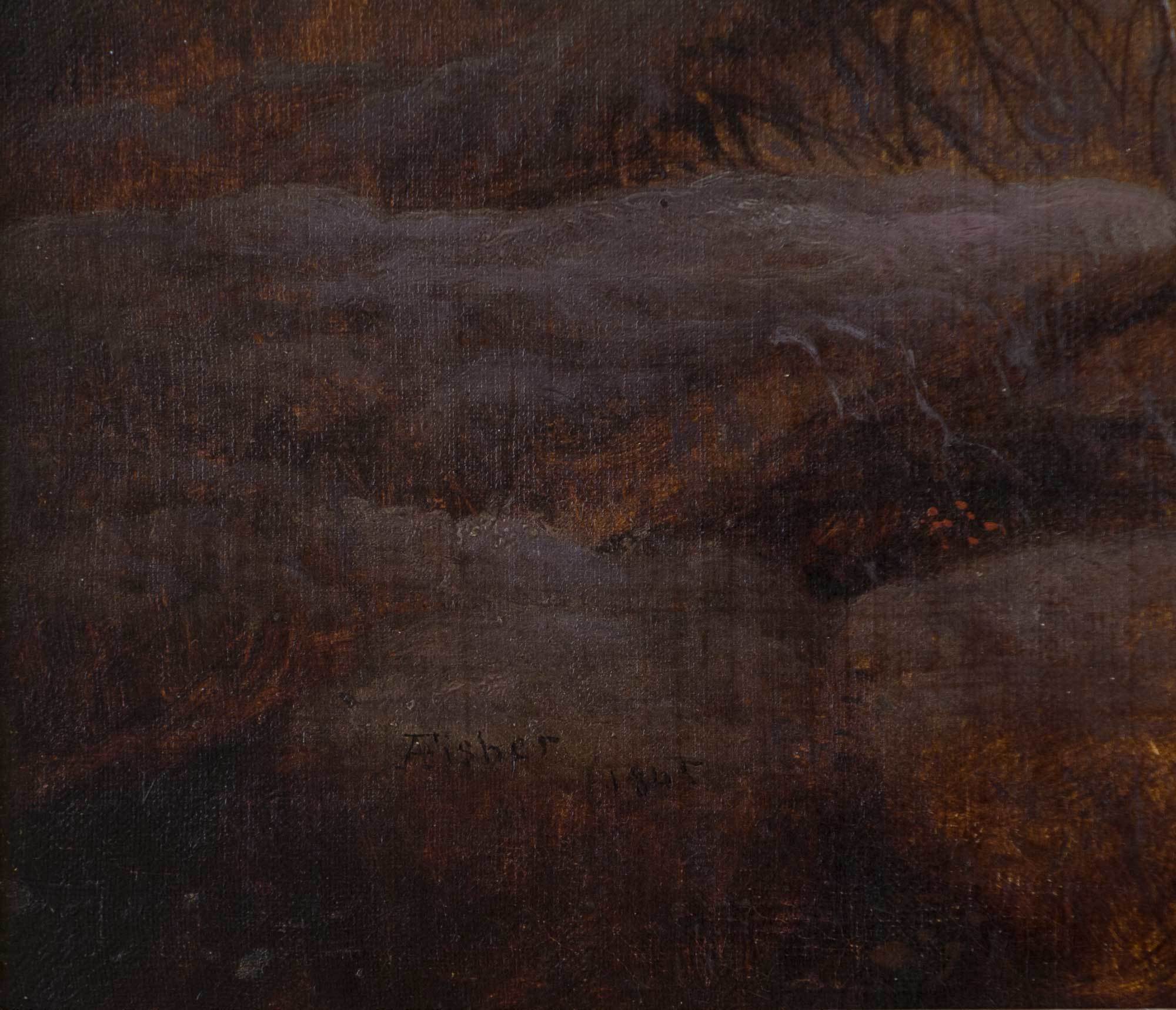 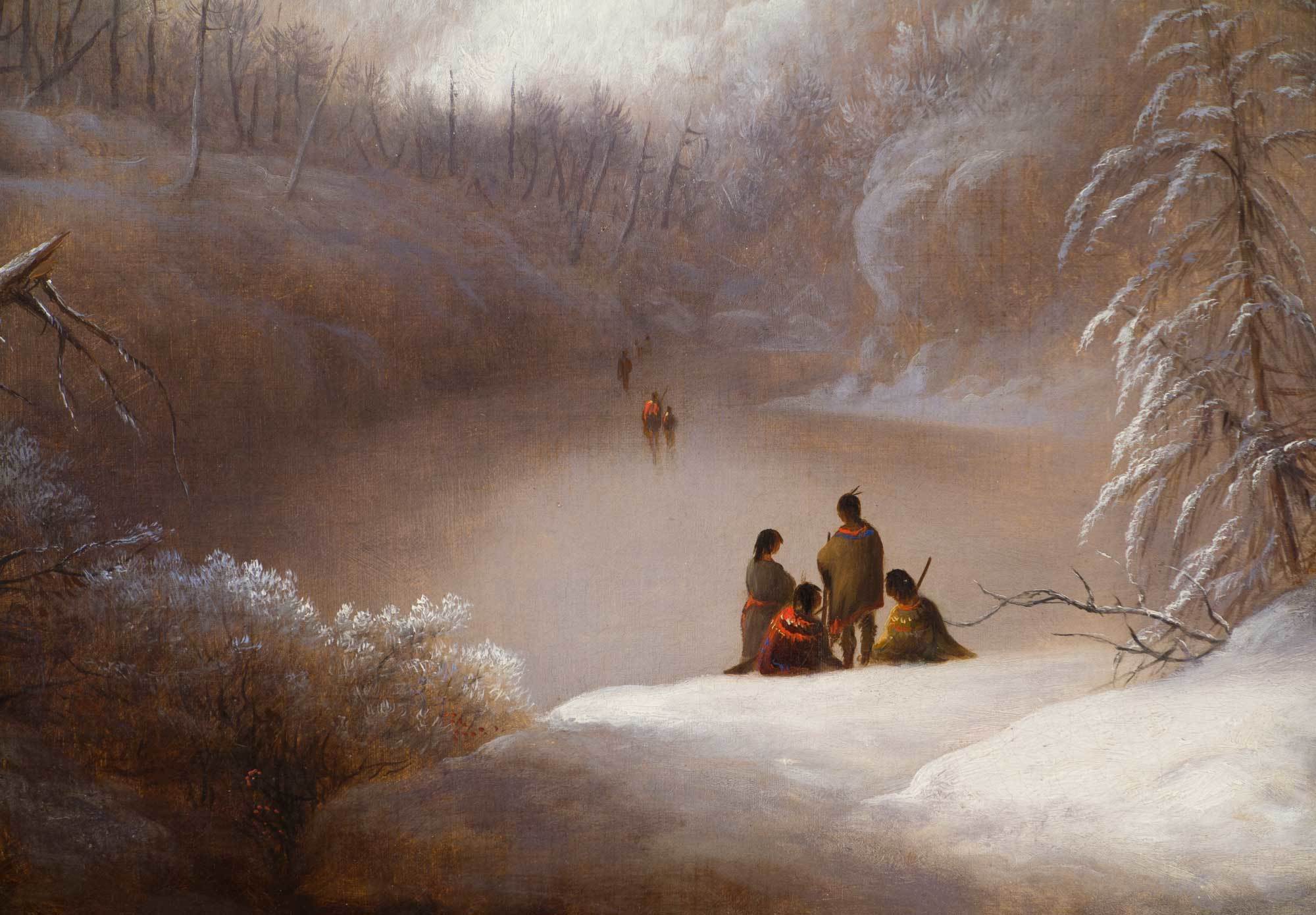 Alvan Fisher’s depictions of Native Americans in his landscapes were gleaned not from firsthand experience but rather through the writings of James Fenimore Cooper, Henry Wadsworth Longfellow and other authors found in the artist’s extensive library. His earliest example dates to 1828, yet the vast majority were created during the 1840s, decades after the United States government began its policy of removing Native Peoples from their lands in the name of manifest destiny. Thus, as a romantic painter, Fisher’s portrayals are often instilled with a sense of nostalgia and empathy for the plight of displaced tribes as the country’s frontier expanded.

Native Americans Crossing a Frozen Lake shows a group of figures clustered in the foreground, surrounded, and to a certain degree dominated, by the grand American landscape. The uniqueness of this painting lies in its portrayal of winter, which recalls the genre scenes Fisher created during the mid-teens when his career first began, as well as its possible depiction of Crawford Notch in the White Mountains, albeit with some artistic license.