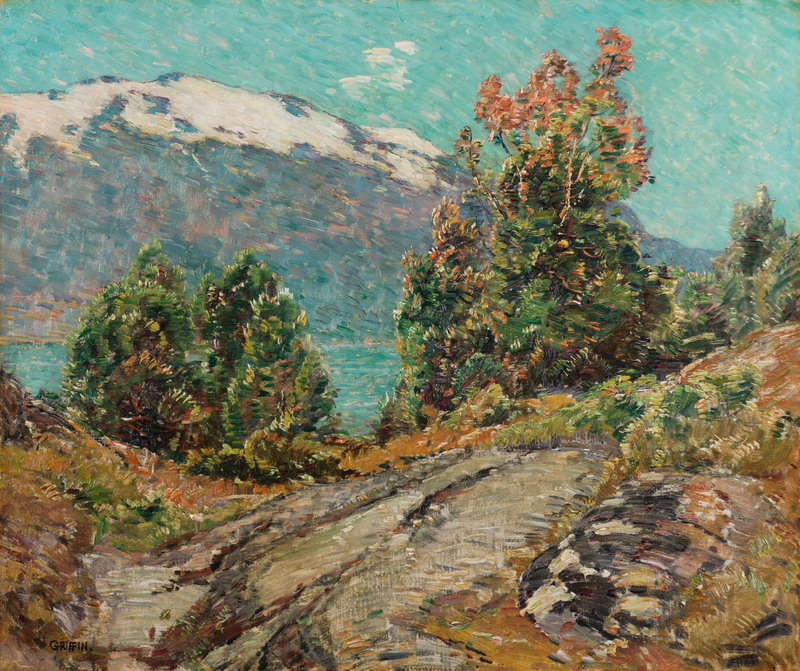 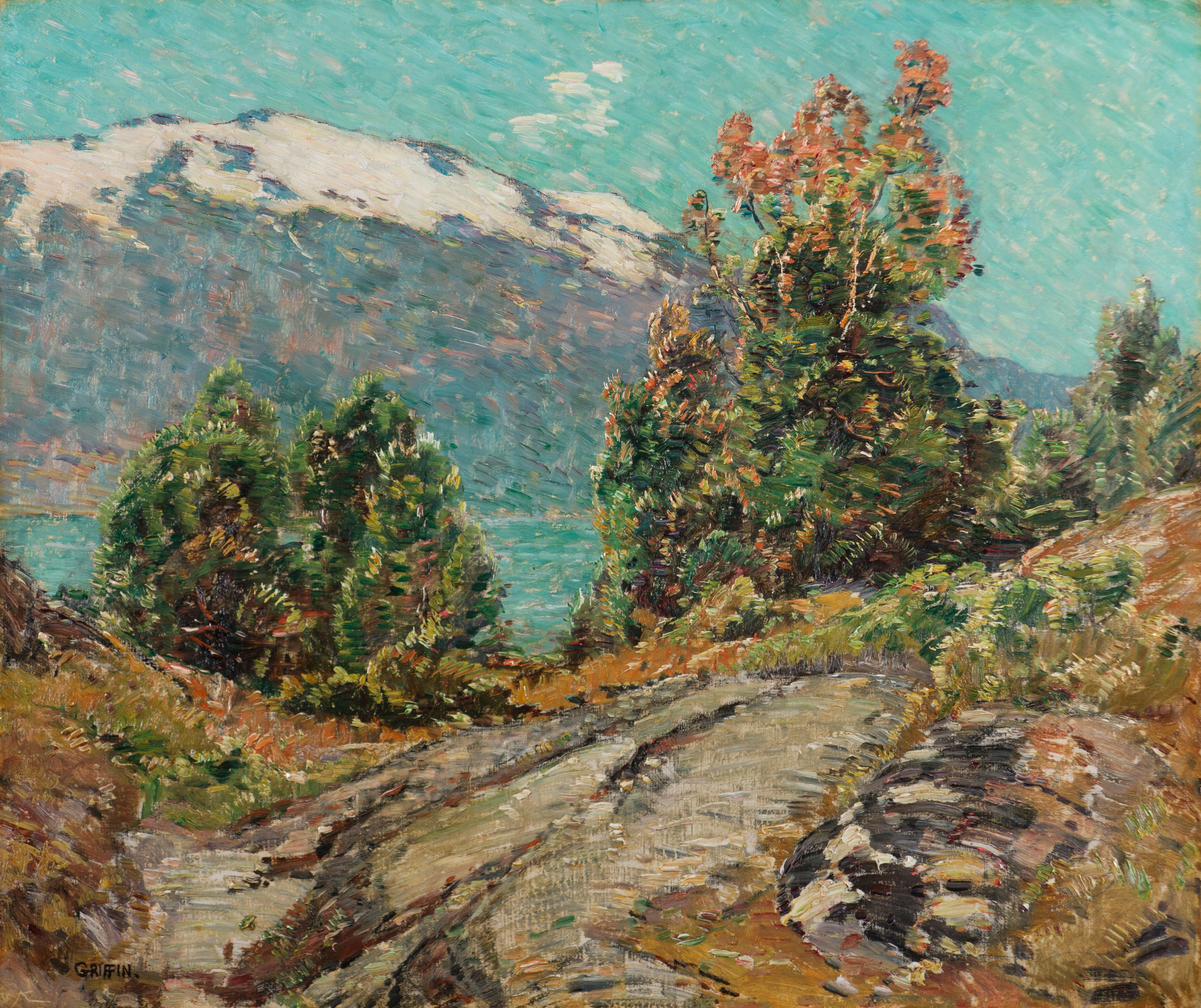 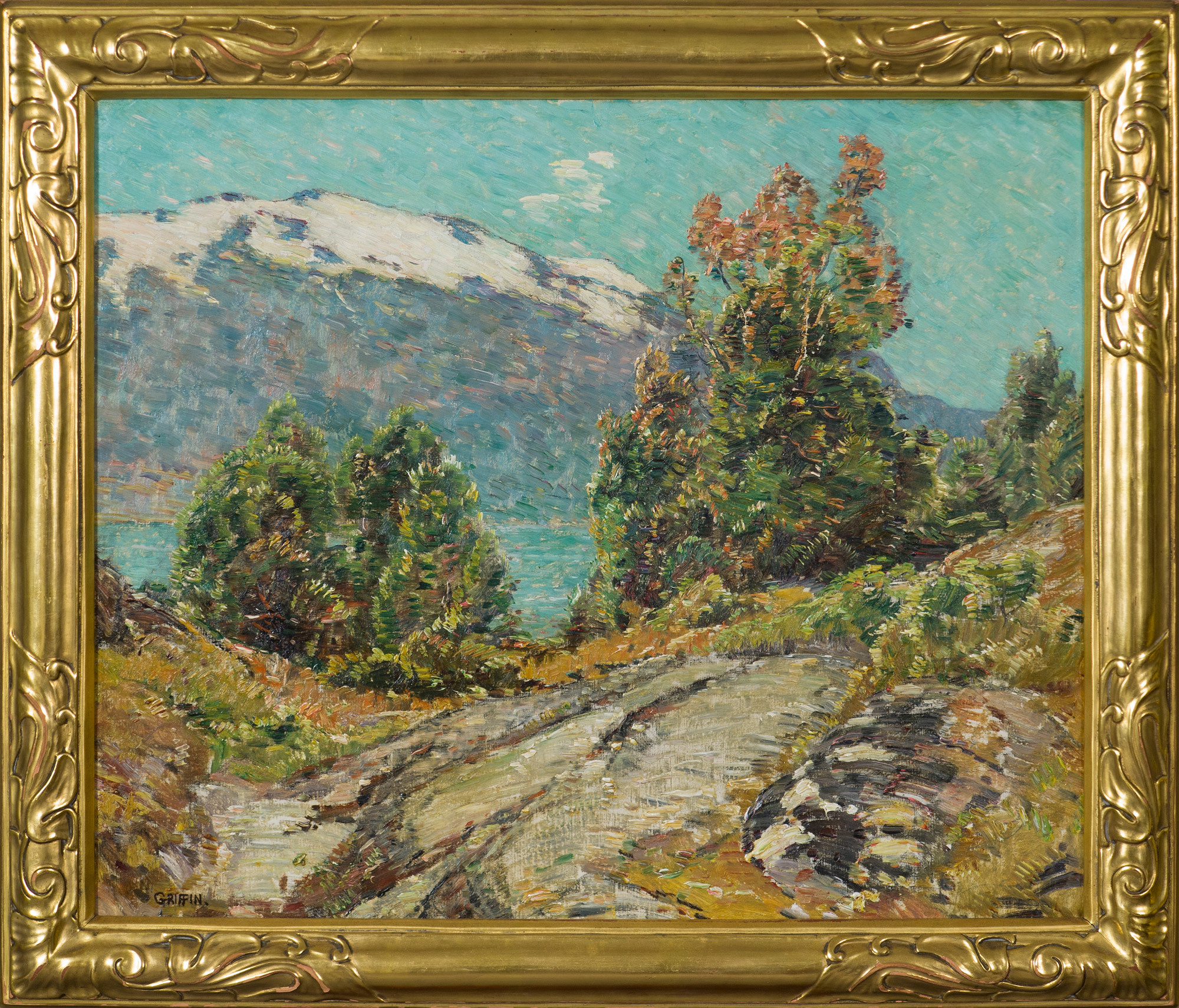 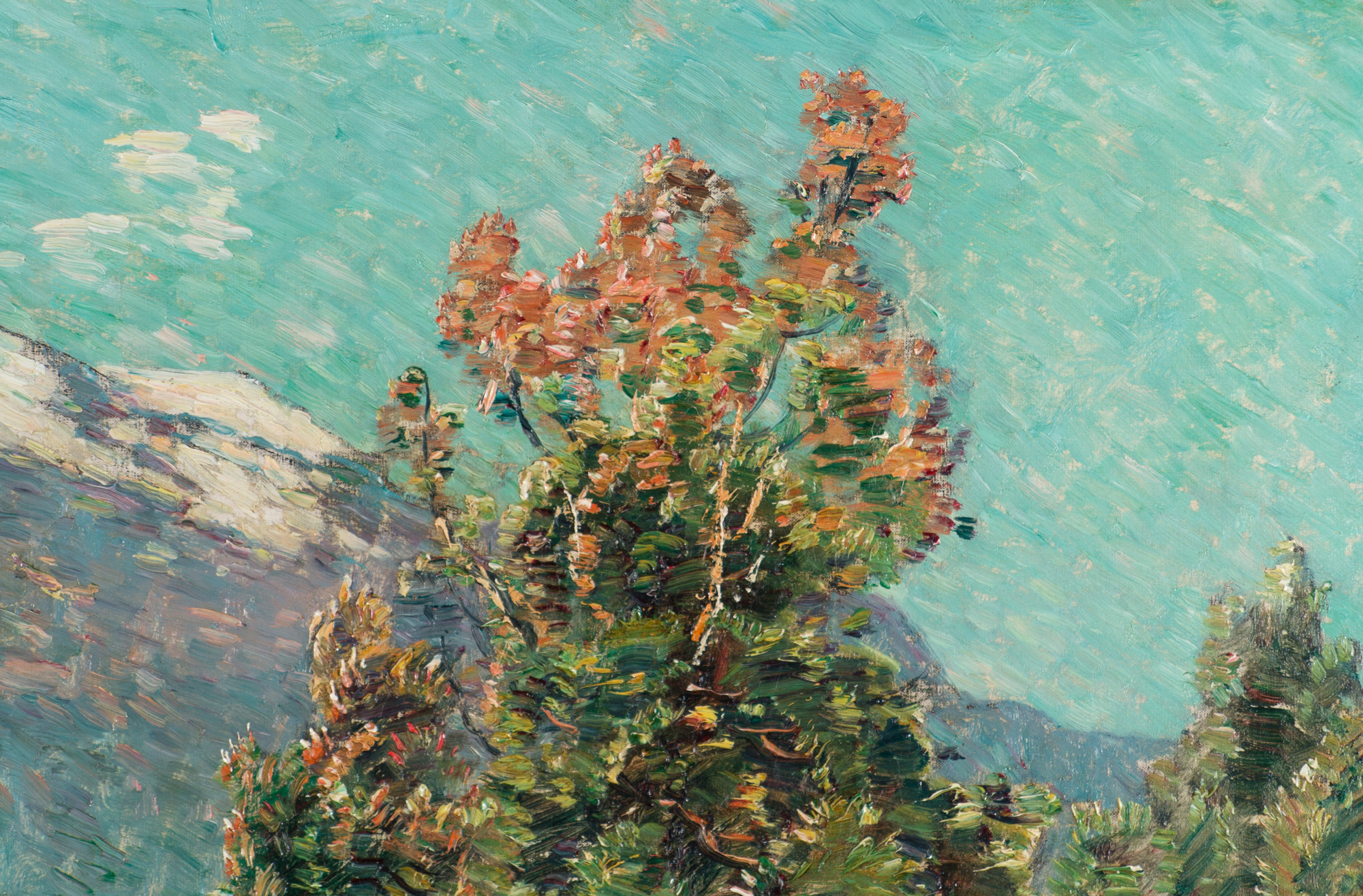 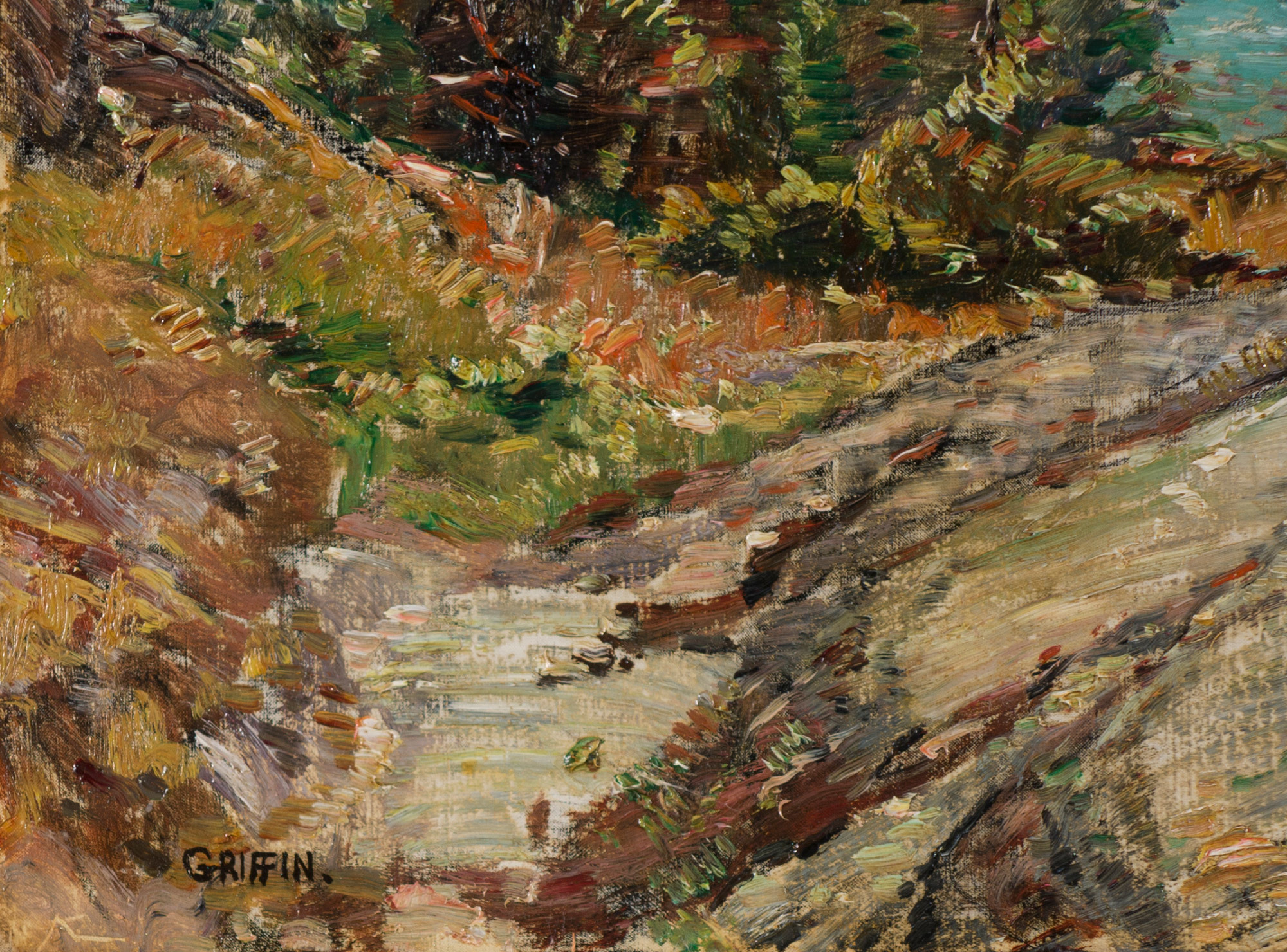 In 1908, Griffin established a residence at 27 Quai des Grand-Augustins in Paris, and a few months later decided to join his friend, the painter William Singer, Jr., in Norway, where he became enamored with the grandeur of the country’s rugged, mountainous landscape.

At this time he continued to work in an impressionist manner, using broad, energetic strokes of color to capture stately pine trees clustered along rocky hillsides and meandering paths, elements seen in Norway, painted in 1910. A year later, Griffin found himself back in France at Boigneville, a village on the outskirts of the capital, where he adopted a technique of using his palette knife to achieve a thicker impasto. He fostered this method during a year spent in Venice in 1913, rendering the canals and ancient cathedrals with bold strokes of vibrant color, and also applied it to his scenes of the Breton coast created in 1914, before the impact of World War I forced him to end his second European trip and return to the United States.